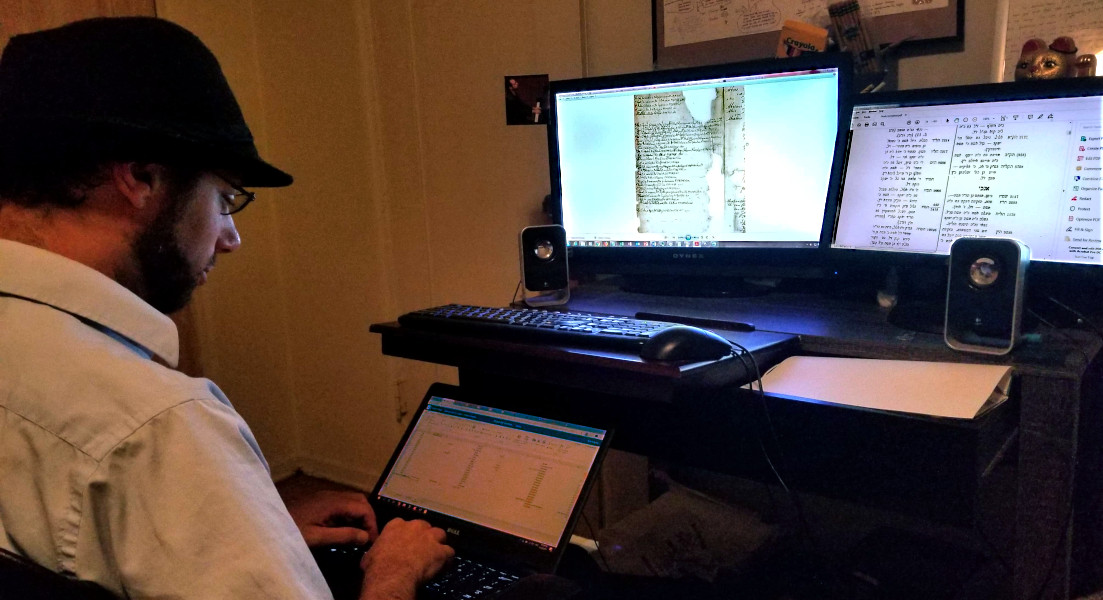 The explanations I gave may have been a bit convoluted, so let’s look at a couple of concrete examples. To start, let’s look at Bas Scheva Ashkenaz, daughter of Jeschaje, who died in 1686 (tav-mem-vav in Hebrew date notation). Here is how her record looks in Popper.

The first thing I need to do is to find her in Hock. However, the second level of organization in Hock is by date of death rather than by first name. Thus, I immediately note Bas Scheva’s death year. Instead of scanning through the Aschkenaz section by given name, I must instead scan it for the year tav-mem-vav. 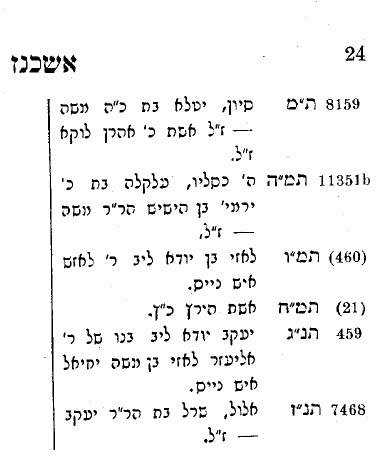 Hock’s book contains nearly fifty individuals with the surname Ashkenaz, with death dates ranging from 1604 to 1740. In the excerpt above, I show six of these with death dates of 1680, 1685, 1686, 1688, 1693, and 1696; the third one in this excerpt has the correct death year (tav-mem-vav in Hebrew notation). However, this person is a man, Lazi Ashkenaz, son of Juda. It is clearly the wrong person. Hock does not list anybody else with the surname of Ashkenaz who died in 1686. 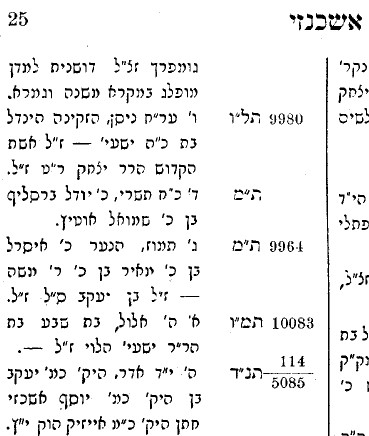 It is immediately clear that Popper gives far more detailed information about this person than Hock. However, what Hock has to say about him has proved very useful: he was a scribe or author, and his father was a rabbinical judge [dayan]. Being made aware of this, I can recognize those words in the Popper. Moreover, I have been able to determine that much of the rest of the Hebrew notation in Popper refers to the title of his book, “The Way to Be’er Sheva” (Be’er Sheva was a biblical city in ancient Israel).