In a previous article, I talked about some of the distant relatives I’ve discovered through my research. One of the first I discovered was Lois. To summarize, I traced my grandfather’s father’s family back through the decades from Warsaw to Lublin and finally to a stetl called Czemierniki, about ten miles north of Lublin. Working at my local family history center, I traced other branches of the family forward from Czemierniki to Paris, Massachusetts, California, Texas, and Upstate New York. I contacted several of them on Facebook, including Lois, and we began talking on a somewhat regular basis.

Earlier in the fall, I went to visit my parents in New Jersey for the Jewish holidays. Since Lois lives in Upstate New York, we had long ago decided to meet in person at some convenient location halfway between. With my parents out of town and me still in Jersey after the holidays, we chose this opportunity to finally have our get-together.

For the location of our meeting, we picked Kingston, New York, an old town from the Dutch colonial days that had also served as the first capital of New York State during the Revolutionary War. Founded nearly four centuries ago, Kingston has many old stone houses that have seen not only the handover from British to American rule, but the one from Dutch to British. If these stones could talk… 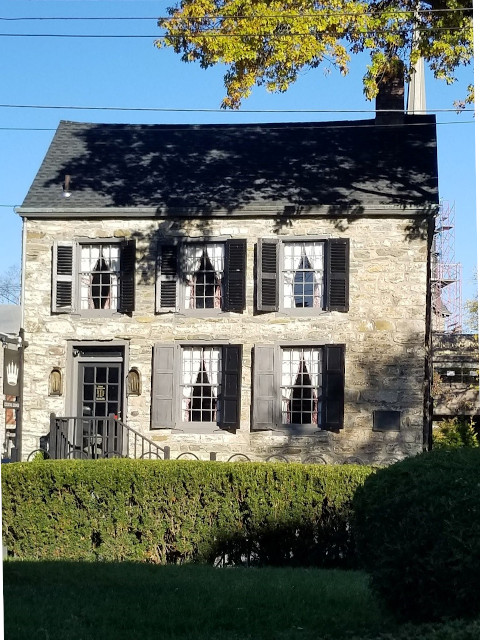 The largest town in this part of Upstate New York, Kingston has any number of convenient meeting places. We chose a classic roadside diner, exactly the kind of place that brings me back to my childhood and which does not exist in my adopted home of California. 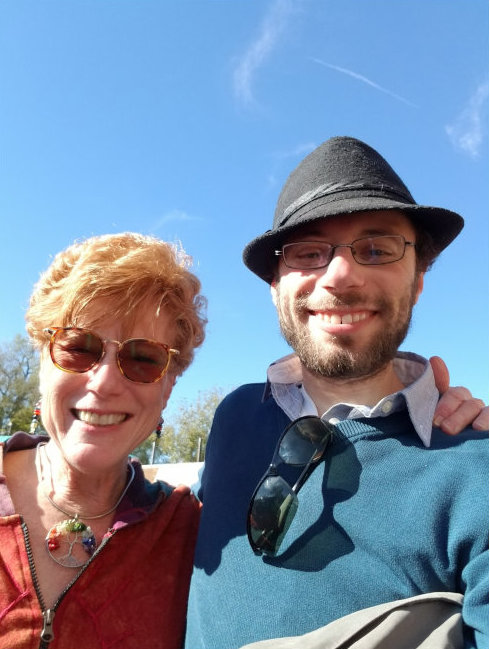 When I first met Lois, I immediately felt comfortable, her warmth and friendliness immediately winning me over. Even though we are related very distantly (we are something like sixth cousins), meeting her at the diner did not feel at all like sitting with a random stranger. When she told me about her love of dogs and I shared my love of them with her, I knew right away that this was family.

Over brunch, we talked about all kinds of things. She told me how she ended up living in a small town in the Adirondacks after a lot of moving around. Interestingly enough, she used to live in the same town in the San Francisco Bay area where a former music student I “adopted” as my sister is living now. Her husband John is from Finland, and she told me about some of the many adventures they have had together. I told her about some of my own, and how I came to be living in Southern California.

After we finished our brunch, she showed me pictures of herself and many of her relatives and friends including distant family in France. I hadn’t thought of bringing photos with me, but I did show her some that I’d stored in my phone. After a very lovely conversation, we parted ways secure in the knowledge that the connection we formed helped bring two very distant branches of our family together.

All in all, sitting in a diner in Upstate New York sharing a bond with a woman who only two years ago was a complete stranger goes to show that genealogy really can make the world just a little bit smaller.