A Personal Connection to a Historic National Treasure

Several years before becoming my client, statistician Arlene Swern had traveled on vacation to New England with her husband. Stopping in Newport, Rhode Island, the two of them naturally visited the Touro Synagogue. Marveling its magnificent architecture, they mused on its history and significance.

One of the most famous landmarks in the city, the Touro Synagogue is the oldest surviving synagogue building in the entire United States. Constructed in 1763, it is the only surviving synagogue structure in the U.S. that predates American independence. Its congregation was famously honored by none other than George Washington, who was warmly welcomed there during his presidency.

The congregation of the Touro Synagogue was the recipient of one of the first American president’s most famous written correspondences. In a famed letter, Washington wrote:

It is now no more that toleration is spoken of as if it were the indulgence of one class of people that another enjoyed the exercise of their inherent natural rights, for, happily, the Government of the United States, which gives to bigotry no sanction, to persecution no assistance, requires only that they who live under its protection should demean themselves as good citizens in giving it on all occasions their effectual support...

May the children of the stock of Abraham who dwell in this land continue to merit and enjoy the good will of the other inhabitants—while every one shall sit in safety under his own vine and fig tree and there shall be none to make him afraid.

More than just a friendly letter, Washington’s address to the Jewish community of Newport stands as one of the defining moments in the American history. In it, he sets out his vision of First Amendment rights guaranteeing freedom of religion in the United States. More than two hundred years later, the edifice stands a historic landmark, pilgrimage site, and active synagogue.

When Arlene visited the building in 2015, she certainly found it very interesting and enjoyable. The building’s history, its significance to the Jewish people, and the universal values of freedom and toleration it represents spoke to both her and her husband deeply. Yet she could not have known that that she in fact had a deeper, more personal connection to this building and its history.

When I began researching for Arlene last year, I was able to trace her grandfather Simon Borodkin from Uzda, a small town in current-day Belarus, to Minsk and New York. He was a rabbi, and seems to have attended rabbinical school in Minsk. He arrived in the United States in 1911.

When conducting newspaper and other historical research about him, I was able to trace some details about his career. He had one of his first pulpits in a synagogue in Peekskill, New York, today a picturesque suburban town about fifty miles north of Manhattan. 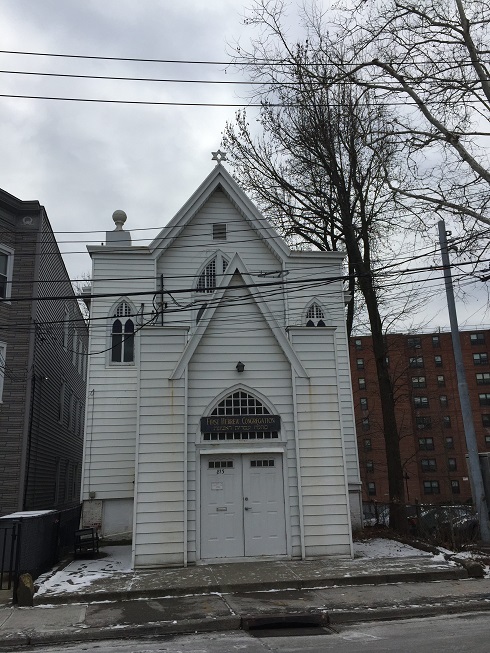 After settling in Brighton Beach, Brooklyn sometime in the late 1910s or early 1920s, Rabbi Borodkin became a scholar of some renown, traveling extensively to lecture and teach. By the mid-1920s he was described as “noted Talmudic scholar and Jewish speaker.” In 1925 he gave a lecture in Philadelphia at the Aitz Chaim Synagogue, on the northwestern side of the city in Strawberry Mansion, one of Philadelphia’s foremost Jewish neighborhoods between the two world wars. By the 1940s, Rabbi Borodkin was serving on the New York Board of Rabbis. 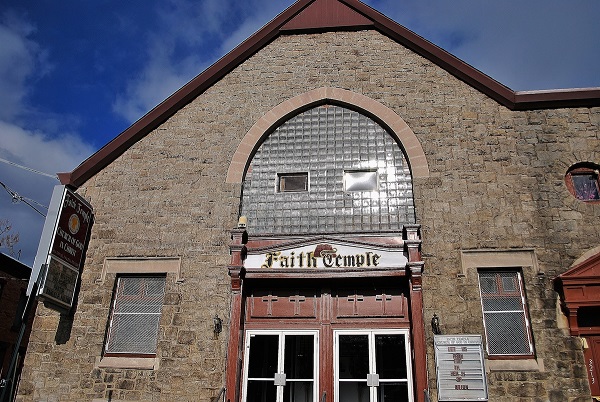 Linking Past with Present

During the course of my research, I came upon a fascinating article from 1916. From this article I learned that prior to his post in Peekskill, Arlene’s grandfather had been engaged as a Hebrew school teacher in Newport, Rhode Island. Not only that, but it turns out that he gave a lecture at the famous, historic Touro Synagogue on Friday, March 3, 1916. According to the article, his lecture was titled, “The Duty of the American Jews.”

When I shared the article with Arlene, she was astonished. She never could have imagined that when she had visited the synagogue as a tourist, she was visiting a place that had touched her own past so personally. In her own words, "I knew that my grandfather was an orthodox rabbi. But, he had died before I was born and I did not know much more about his achievements as a rabbi. Dr. Grayson found actual newspaper clippings advertising his speeches. When Dr. Grayson discovered that he was a featured speaker at the famous Touro synagogue in Rhode Island, and was described as Jewish speaker and a renowned Talmudic scholar, I felt a great pride and excitement! There are no words to describe what this information meant to me."