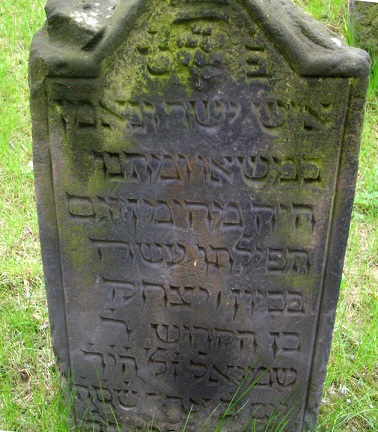 At the time of Hock’s death, his research notes were left in a horrible state of disarray. A few of his notebooks were selected by his friend David Kaufmann, who edited and organized them with the help of the librarian of the Budapest Rabbinic Seminary. Kaufmann compiled these edited notes into a book, which he published in 1892 as Die Familien Prags (The Families of Prague). Four hundred pages long, the book is an extremely important source of genealogical information about the Prague Jewish community. However, it is written entirely in Hebrew (aside from the German-language introduction and title page). Moreover, it is in Rashi typeface, a relatively obscure Hebrew font (see the bottom of http://blog.lostrootsfamilyhistory.com/cursive2). For these reasons, it poses significant challenges to those wishing to study it.